Classmates, I was blessed. I got up after my first "heart incident," as one of two American men do not. Our classmate, my colleague, Bob Crunden did not. Never sick a day, he fell in the shower and may have been dead before he hit the tiles.

I fell on a tennis court at the start of Monday morning doubles last December. I'm told I looked dead: face frozen, eyes open and motionless. After 30 seconds my face relaxed, my eyes blinked. My tennis chums helped me up, walked me about, and asked the Zip Code questions trainers ask groggy football players. I knew my name and little else.

I came to consciousness half an hour later, sitting on a bench with an EMS man staring in my face. "He's awake," I heard a friend say. "Are you okay, Bill?" They told me my feet had gotten tangled as I went back for a lob and I hit my head on the cement court.

The EMS team had already run tests. "We didn't find anything wrong," the man said. "You got a little blood on your head there where you fell. You can come with us to the emergency room or go right now to your doctor." 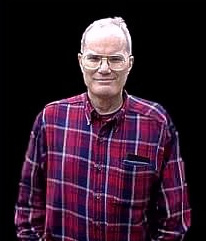 My friends drove me and my car to the doctor. I shooed them away, saw the nice physician's assistant, who told me to get an MRI of my head. I told her my daughter was coming to drive me, and then drove myself (bad idea) to have the MRI. After, I had lunch at a cafe. I felt thirsty and lifted my cup to go refill it. Next thing I knew, I was looking up at a squatting EMS man looking hard at me. A woman said, "He started to stand and just went rigid." The EMS man said, "Have you been taking drugs? Are you diabetic?" They loaded me on a gurney and rolled me between the tables. "We're going to take you to St. David's. They've got a good nerve doctor. Okay?"

In the EMS truck, they started another test. Next thing I knew, I was being wheeled into a hospital. Not St. David's — Brackenridge, the city hospital, where the ER is better because it handles knife fights. I kept blacking out and waking up to nurses and doctors with worried faces. "Do you have next of kin in town?" said a nurse. "I think you should call them." "She thinks I'm going to die," I thought. I thought that crazy. Somebody was going to explain what was happening.

But I must have feared death because when my daughter appeared the first thing I said was, "Moll, I've been a terrible father." Talking with her and my former wife, Jane, I felt my body clammy and shivering, and thought, "Since I'm know what I feel, I won't faint again." Immediately, Molly and Jane saw me die — for 35 seconds by the monitoring machine.

I had 12-16 cardiac arrests, and every time, thank God, my heart started itself, sometimes encouraged by a thump from a nurse or doctor. I was finally persuaded I have "sick sinus syndrome" — the sinus node is the heart's pacemaker — and had a mechanical pacemaker implanted.

But maybe I don't have sick sinus — there's no test and it's quite rare. Or maybe I don't only have sick sinus. According to the cardiac nurses who now give me check-ups, I'm may be one of the usually tall and slender types who, made to stand for 30 minutes in a warm place, faint. Such people suffer from vasovagal syncope (a.k.a. neurocardiogenic syncope — "syncope" means swoon), a much more common affliction than sick sinus. When their water level is low, their vagus nerve misbehaves, causes blood pressure to drop, heart rate to slow, less oxygen to get to the brain-blackout.

My manmade (Minnesota-made) pacemaker cures both vasovagal and sick sinus syncopes and has pushed me back into an abundant life. But a word of advice, classmates. You may be able to avoid a pacemaker if you drink lots of water and, unless your blood pressure is high, eat salt.

(Editor's Note: Bill thought you might find the following of interest:)
Sudden, Unexplained Death May Kill Many Adults