Having graduated with the class of 1962, I didn't leave Yale until 1967, a newly minted PhD; I returned in 1994 as the F. W. Hilles Professor of English after rewarding stops at Toronto, Johns Hopkins and Duke. The almost thirty years in between have made direct comparison between "then" and "now" impossible . . . so much is different. But perhaps it might be interesting to my classmates to know my views on two vital aspects of Yale - first, my experiences with today's undergraduates and second, my impressions of the university's "institutional ambiance."

Several weeks into a freshman seminar a few years ago, I became concerned that one of the students in my class of 18 was largely silent. Calling her into my office, I explained that participating in a challenging discussion was not simply a requirement of the course but a skill that would serve her well in the future. After the predictable demurrals that she felt "stupid" and "ignorant" (like so many undergraduates, she assumed that the admissions office had overlooked these obvious defects), she finally revealed her real anxiety: "The hard thing about Yale," she blurted out, "is that you have to be interesting all the time!" 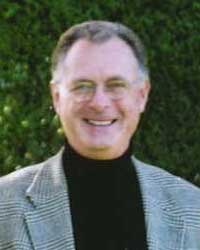 Yes, that is the hard thing for the Yale undergraduate - but how much harder to always have to be rich, or pretty, or popular, or a good athlete, or any number of things over which you have very little control! And in fact what strikes one most about today's Yale undergraduates is just how very interesting they are. To be sure, they are bright, hard-working, well-prepared, ambitious, and just plain nice. But far from being the "grinds" and "nerds" of the stereotypical good student, they display a remarkable range of abilities and commitments.

I came very quickly to realize that the group of intelligent but otherwise unremarkable young people that gather in my classroom each semester are anything but ordinary. One student turns out to be a nationally-ranked ice dancer (she had turned down a potentially lucrative career to come to Yale instead); another asks if he can hand his paper in on Monday instead of Friday: his chamber group is performing the whole of the Brandenburg concerti Friday evening, and oh yes, his college musical society is putting on his opera on Saturday evening.Of course not all Yale undergraduates are so ostentatiously talented. But over and over again I am struck by the richness and vividness of their lives, and the intensity of their involvement in the lives and world around them.

That there is no such thing as a typical Yale undergraduate is of course true. But this very variety is itself a source of the pleasure they take in their time here. Unlike the other universities where I have taught, the tables in the Yale dining halls are a melange of genders, colors, shapes, and styles. Doubtless there are cliques and tribes within the undergraduate world, but to the aging observer the students take full advantage of the hodgepodge of their population. One final note. It is gratifying indeed to learn how pleased with their experience at Yale so many of these students are. "Oh no," one wailed to me at graduation time, "I'm not ready to leave Yale: there are so many things I still want to do!" She wasn't afraid to face the world, but afraid to miss any of the many interesting things going on at Yale.

My impressions of institutional Yale are less upbeat. Yes, it's a great university; yes, faculty control over the hiring of senior professors continues to be one of Yale's great strengths, avoiding the internecine warfare that is generated when appointments are made by administrators who will always be influenced by the largest ego - or reputation - in the room. But Yale, while rightly proud of its distinction, does have an unhappy habit of relying too securely upon its own judgment. For instance, Yale just completed the first review of its undergraduate curriculum in over 30 years; the review was conducted by a group of 42 hard-working, thoughtful, well-meaning people. But all of them were from Yale, either as faculty, graduates, or current students. Wouldn't some outside voices have made useful contributions?

Here's another instance. So far as I know the English Department at Yale has never been reviewed by an outside committee - a practice that is virtually universal at comparable institutions (the Harvard English Department, for example, is reviewed by an outside committee every four or five years). And of the 26 tenured members of the English Department, 16 (including myself) got their doctorates at Yale; of the other 10, 6 spent all or much of their careers at Yale. That means that only 4 senior members of the Department are fully "non-Yale." The Department is a very fine one, but it is not difficult to see that inbreeding - and with it an inevitable resistance to criticism and change - is a problem.

In short, Yale must be careful not to rest on the laurels won by previous generations of scholars. If the institution is to succeed in being as interesting as its undergraduate students, it would do well to be as open to different ways of doing things as they are.