After Yale, I did medical school at Columbia and post-graduate training at the University of Minnesota, the National Hospital for Nervous Disease in London, NIH, and a residency in neurosurgery at Columbia. I was on the faculty of medicine of the University of Arizona, the University of Texas Medical School at Houston, and West Virginia University (WVU) at Morgantown, where I became professor and chair of the department of neurosurgery. I operated, researched, taught, and administered, for many fairly hectic years. 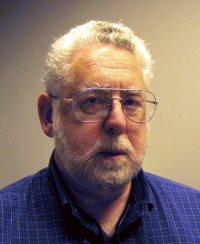 During this time I was sued a few times, only once with any possible justification, and not sued when I might have been. I also advised lawyers both for the defense and for plaintiffs, and only saw true malpractice on one occasion. I saw plaintiffs' lawyers make unjustified charges based on the theories of lying or ignorant witnesses that were permitted by judges to testify (and won the only case I took to trial). While at WVU, I published a monograph on medical law with a law professor that included a discussion about malpractice.

Even though I am pleased that my initial career choice was to be an academic neurosurgeon, I always had maintained my early interest in the law and in public policy. As the years passed, I decided to see if I could join these pursuits in a constructive way in the latter stages of my career. During a lull in my research, I started law school part time at WVU to see if I liked it. When I did, I transferred to Georgetown graduating in 2001 (the oldest grad of the school, I think).

While in law school I published a paper on Daubert, a case decided by the US Supreme Court in 1994 that stood for the proposition that expert testimony must be "relevant" and "reliable." I then worked in a medical malpractice defense law firm for about a year, where there were also lawyers that had been plaintiffs' lawyers. (I was also offered a job in a plaintiffs' firm.)

For the last year I have worked as a health policy analyst at George Washington University and am half way through a Master of Public Health (MPH) degree concentrating in policy. Thus, I have had the chance to think about malpractice law from the point of view of a provider, a defense lawyer, and a policy analyst.

Medical malpractice is a part of tort law. A tort is negligence for which the defendant is responsible for money damages. The elements of a tort are duty, breach, causation, and harm, and the plaintiff must prove all elements. The remedy is money damages that include medical costs, lost wages, pain and suffering, and rarely punitive damages. Plaintiffs' lawyers' fees are usually contingency fees that are one-third or more of the award to make up for the fact that they charge for their time only on the contingency of winning. Since the standard of care is beyond the expertise of laymen, expert testimony is required to establish this standard. The standard is either accepted care or appropriate innovative care. Judges in federal courts are required by Daubert (and in many states, state courts that have adopted this standard) to be "gatekeepers," but generally do not have the expertise to do so.

In addition, once flawed testimony is let in, juries can be misled by glib "experts," asserting "junk science." Even if the experts' testimony is proven false or the experts can be shown to have given exactly opposite testimony in another case, they will not be sanctioned under the law. Since experts can charge hundreds of dollars an hour for legal consultation, many are more than happy to stretch the truth to advocate for a case. In fact, in the largest and most important study of medical malpractice, an early 1990's review by Harvard researchers of patients hospitalized in New York, found that most law suits were not justified and that most patients who suffered from malpractice did not sue. The current legal state of affairs is said to be as if people were allowed to go through red lights, but they were given tickets for going through green lights.

The result of these problems is a rising number of law suits, driven particularly by less skilled and less principled plaintiffs' lawyers (of which there are many), higher awards, larger malpractice insurance premiums, furious and demoralized physicians, and the beginning of the loss of services such as obstetrical care and emergency rooms.

The best of American medicine is amazing, with technological advances that are phenomenal, improve patient care immeasurably, and are a lot of fun for the physician, and therefore it has attracted many bright people. In the past they also have had the time and funding to pursue research. However, I believe medicine now has lost its appeal to better students for many reasons, including the issues in medical malpractice. My exposure to medicine spanned 40 years, and at the end it was obvious that the quality of medical students and residents had fallen significantly, although admittedly this is being felt less at elite schools. My two sons, one the former president of the Yale student body and currently a Marshall scholar at Oxford, the other a graduate of the hotel school at Cornell and the Washington University Law School and an associate at a firm in DC, had absolutely no interest in medicine, nor did most of their friends nor most of the children of my friends.

From a policy standpoint, the flaws in the system and the effects of those flaws mandate a fix. The problems and costs of medical malpractice litigation are threatening needed services. Without a fix not only will medicine continue to lose its appeal for bright students, but far more ominous, in my mind, care and innovation will suffer drastically.

I think that the threats to health care in this country come from medicine's almost complete loss of control to business and legal interests. Physicians, both by personality, training and experience, have been unable to anticipate and defend their own interests and those of the profession. Medicine has been criticized, with some justification, for not policing itself. Doctors have trouble seeing their own weaknesses and presenting their case in a balanced way to the public and lawmakers. Still, medical literature is full of evaluations and suggestions for improvement, admittedly driven partially by external pressures.

At the same time, I think that it is unconscionable for the legal profession to permit such a flawed system to persist and to fail to reform itself. The fact that the nation functions on a reactive rather than proactive basis, and is controlled by lawyers driven by partisan politics, makes formulating good policy difficult.

The Senate's inability just this month to proceed with serious legislation on medical practice shows both the political power of the plaintiff bar and that these political considerations prevent the kind of compromises necessary to create the fundamental reforms that are needed to bring fairness into the system. The two basic problems are the inability of judges and juries to evaluate expert testimony and the lack of accountability of expert witnesses that permits them to offer outrageous testimony, both of which should be addressed.

One possible reform would be to covert malpractice into a no-fault system like Workers' Compensation and actually reimburse anyone who has had a "medical misadventure," whether related to malpractice or just bad luck, with perhaps the opportunity for litigation for egregious or intentional malpractice.

Another possibility would be to truly reform the current judicial system. We could train judges in scientific methodology who could screen or be part of a panel that screens scientific evidence to be sure it is "relevant" and "reliable." Since 28% of federal cases turn on scientific issues, it is not unreasonable to develop such judges. Another possibility is to have neutral experts advise judges, as is already allowed by federal law and is currently being tested in a project in the federal courts organized by the AAAS and ABA (the argument against this is that the expert may not be neutral). Another possibility is to have special juries with some people with a scientific background. Lastly, there should be standards for expert testimony and sanctions for experts who do not meet such standards.

Medical malpractice reform is one of the issues that the United States cannot afford to ignore.