That word captures it. It's not just about Quilmes, although it started with Quilmes. It embodies many things — the Andean mountains, doing archaeology on those mountains, the particular peak — Nevado de Incahuasi — that we visited this past May, its two satellites, El Fraile and San Francisco, and the twin giants, El Muerto and Ojos del Salado, just west of it.

It's too exciting to believe. In the advertisement for Quilmes beer, a young guy is looking for his Quilmes, but when he goes to the fridge all he can find is an empty 6-pack. When he visits the liquor store, the owner is closing up and although there are dozens of glistening Quilmes bottles on the shelf the owner sticks to the rules. "Sorry, Pedro, no Quilmes. We're closed." 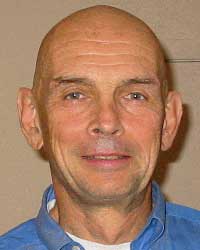 Then he goes to a bar, and there's this dazzling female dancing smooth as silk on the dance floor. Our hero grabs a Quilmes off a platter and approaches her, but then another female intervenes and snatches her away. Drats! One more obstacle — foiled by lesbians. Then another female creature, even more entrancing than the first, enters the room, and he heads for her, but this time some other guy steps in front. Defeated again? No. Pedro stands his ground, pushes the guy aside, and grabs the girl. They embrace, they smooch, in the middle of the dance floor, he still holding his Quilmes in his hand.

"Alucinante" has several meanings: when referring to a woman, it means "incredibly attractive, outstanding"; it also refers to hallucinatory experiences. Both concepts were involved in the advertisement.It was so moving, in fact, that Martin Orgaz, one of the Argentinean archaeologists in our group, rushed out of the Las Grutas hut on Incahuasi where we were staying into the oxygen-deprived night — presumably to find that "mujer alucinante."

As I reflect upon it, what has happened to my life in the last four years is more than a little like what happened to "Pedro" in the Quilmes ad. I had moved back to Dallas in 1996, hoping to revive the psychoanalytic practice I had enjoyed there back in the 1980s. To make a long story short, that practice never materialized. Sweeping changes in the economics of medicine, the takeover by the HMO, attitudinal changes among the psychiatric patient populace, and the flooding of the marketplace with "therapists" of all degrees of skill and training — all these things have drastically cut back on the opportunity to do psychotherapy. I found myself wondering what I could do. 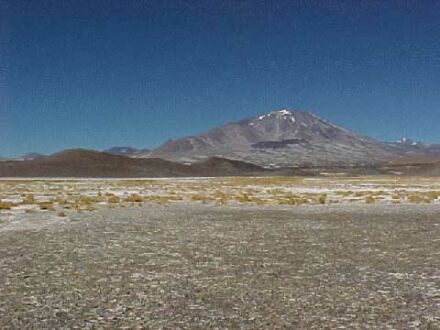 For over a decade I had been taking trips to South America to climb mountains. Martha, my wife, and I had whimsically discussed the possibility of buying a house in South America some time. None of this seemed compatible with "good sound thinking" grounded in the realities of having a medical practice where 11-months-a-year availability to patient clientele is a sine qua non.

I made the first step in 1998 by taking a course on South American Indians at Southern Methodist University from Dr. David Wilson. My appetite whetted, I followed this up with another anthropological course on hunter-gatherers given by Dr. Lewis Binford. I had heard of Binford before as a world-class archaeologist, but was skeptical. Encountering him in person, however, was another matter. His honesty, intelligence, range of accomplishments, and generosity with students were quite impressive. He managed to re-ignite in me an appreciation for scientific standards as well as the thrill of adventure in testing theoretical assumptions against actual data in order to learn something new and unexpected. Shortly after taking his course I applied to the Archaeology Ph.D. program at SMU, and was accepted.

I have somehow managed to survive into the later stages of this program in spite of working 30-40 hours a week in psychiatry. My dissertation thesis takes me to a country that I love — Argentina — where the mountains are high and where native Americans left more than a faint trace on those mountains. The media have recently sensationalized discoveries of Inka ritual human sacrifice on mountaintops, but so far academic archaeology has not carried out systematic research in these settings. Following a tip offered by Dr. Jeffrey Parsons of the University of Michigan, I contacted a number of Argentinean archaeologists most of whom responded and some of whom offered to help me in my work. One in particular, Dr. Norma Ratto of the Universidad de Buenos Aires and the Universidad Nacional de Catamarca, has graciously made my project a part of her overarching Proyecto Arqueologico Chaschuil which for several years has conducted studies in the Argentinean high puna close to Incahuasi. She and her colleagues have detected a human presence in the puna going back at least 6000 years, with evidence for both Inka (1480-1530 AD) and Formative period (200 BC-1480 AD) sites connected with one another and with other sites in the nearby Argentinean Abaucan valley, sites in the Chilean Atacama Desert, and sites further north. It is still an open question whether Formative period groups staged religious ceremonies on mountaintops, but there is no question that these people lived on and near the mountains and used the sites as way-stations for material and ideological exchange.

My project aims to conduct a complete survey of Incahuasi and the apron of puna and desert surrounding it on all sides. We will start by obtaining satellite photographs of the mountain by which to locate the more obvious archaeological structures and construct an initial archaeological map of it. Later, during the field work itself, we will visit the mountain and, working in teams, not only investigate what the aerial photos revealed but carry out a thorough on-the-ground survey of all aspects of the mountain. Using GPS hand units, we will fill in our archaeological map in greater detail and augment this with photographs and descriptions of what we find.

In a later phase of the field work we will visit the summits of four neighboring peaks — El Fraile, San Francisco, El Muerto, and Ojos del Salado — to see what archaeological remains, if any, they contain (rumor has it that there are petroglyphs on San Francisco's summit, which most likely signifies a pre-Inka presence). Ojos del Salado, in particular, is of interest in that it, at 22,620 feet, is the second highest mountain in the Western Hemisphere, but also there is an archaeological site called La Tambería on its eastern approach which probably means there is a "sanctuario" (ceremonial sanctuary) at or near its summit.

The reason to investigate not just one mountain thoroughly (Incahuasi) but the summits of four other connected mountains as well is that the Indians saw all the mountains as being "apus," or gods, but the gods were different, had different functions in the scheme of things, and had different degrees of power. It stands to reason that, if native Americans erected structures by which to relate to these apus, the structures would not be replicas of each other but would show variability reflective of the different personalities and purposes involved.

Our project will complement another project supported by Proyecto Arqueologico Chaschuil which is scheduled to take place in November-December of this year. Christian Vitry and Sergio Caletti will be doing a thoroughgoing investigation of the standard Ceremonial Route on Incahuasi which possesses known sites and artifacts at several levels, including a sanctuario (with Inka figurine) on the summit. What I hope to do is map the total variability on the entire mountain as it is embedded in a context containing several other mountains. The two projects together promise to expand our understanding of how native peoples down through the centuries defined and made use of what has been referred to as a "sacred landscape."

In summary, I am like the guy with the girl and the beer riding a high I never dreamed could really exist, but now it is. I need to get funding for the project, but the Earthwatch people of Boston have expressed interest in it and I am making applications to other funding agencies as well. I am working on getting a Chilean permit to investigate from that side, but already have the Argentinean permit. Most importantly, I am grounded with an academically reputable group of people who have researched this area for some time, and my interests interdigitate with theirs very nicely. It is a nice working relationship.

Every time I think of it, I say: "!Alucinante!" 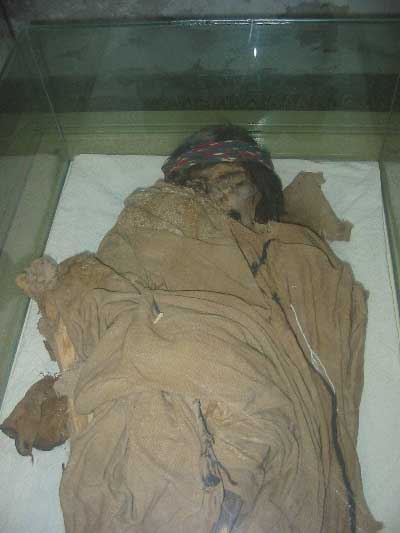