In the 40 years since I first flew off to be a teacher in Africa, much has been done to expand and improve education worldwide. At that time many nations were just getting started as independent countries, with high hopes for their children's future. Some were buying into their colonial ruler's paradigm for education; others were throwing it and the social basis for it out and starting anew, or were trying to provide education for all.

Although participation in primary education has improved worldwide, there are still about 125 million school-age children not in school today. Sixty per cent of them are girls, a third drop out before they are functionally literate. There are almost 1 billion illiterates in the world - more than 15 % of the total population. About 65% are women. A woman who has completed at least primary education is likely to have fewer children and is at lower risk to die in childbirth. Her own children stay in school longer and her earning power increases. What's more, women are more likely to spend that increased income on health and children's education than are men.

Inflation, adverse trade policies, loans in good times to be paid back in bad, poor governance, corruption, oil crises, drought, and civil turmoil have all interceded to keep them from reaching their goals. But education bureaucracies, and the desire to be schooled, especially when parents can see that there are gains to be had for sending boys and girls to school, have kept systems going. 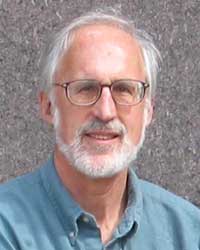 When I was at Yale, education as a profession was an interest of mine. In the spring of '62 I applied for a teaching position but then got cold feet, fearing I would only ever be a teacher and feeling I also wanted to other things. Peace Corps provided an option to travel and have some adventures, and to try teaching without a long-term commitment, so I applied. As I remember, Yale had the highest number of applicants of any college in the country that year. Though accepted to go to Ethiopia, my elders persuaded me that the only law school that accepted me was a smarter option. Law school lasted one year, my heart was in Ethiopia and not with law, so I reactivated application and was sent to Tanganyika where I served three years as one of a group of 77 primary school PCV teachers.

Tanzania, as it became a few months after our arrival, proved to be the starting point of my professional involvement in the issues of education and development. Its president, Julius K. Nyerere, had himself been a teacher and was known by all as Mwalimu or "teacher." He was attempting to mold an equitable education system to support his democratic socialism goals, and to meld a single national identity from over 60 tribal and language groups. To read about those concepts, see the struggles of trying to implement the philosophy, play a small role in trying to bring education to the children, and to assist the growth of the system, was wonderfully intoxicating. Subsequently, I earned a doctorate in International Education in a very hands-on program at the University of Massachusetts-Amherst.

For the past 20 years, I have worked as a contractor in support of the US Agency for International Development's education activities. For first 14 years I managed projects that supported, first, vocational education in newly independent Zimbabwe, then the development of the capacity of the educational systems in Malawi, and finally basic education and literacy needs world-wide. For the past almost six years I have served more as a virtual employee of USAID supporting basic education programming.

Because USAID has been very shorthanded in the education sector my recent work, while challenging, has been increasingly bureaucratic. Much time is spent processing required papers and forms, commenting on proposed activities, attending management meetings, designing new contracts to go out for bid, and managing a major contract. Informational meetings, frequently brown-bag lunches, have become the source of new ideas, while the stacks of papers and reports to be read threaten to crowd me out of my cube. When I get a moment I ask , is this development?

But even as a manager I have found satisfaction in supporting a number of successful projects, for example, the development of a booklet on how Education and Democracy programming can support one another; the creation in Honduras of self-paced audiotapes and companion workbooks that provide a certified 7-9th grade education opportunity for out-of-school youth, including those in prisons or working in factories; or gaining the involvement of the private sector in promoting and assuring girls' education in Morocco. In addition, I have been fortunate to be able to slip off to Mali and Haiti to help with the design of new education programs. Regional workshops for USAID education staff and their NGO partners and counterparts in Ministries of Education, and international donor working groups addressing how to provide education in emergency situations, effectively target the special needs of rural education, and appropriate approaches to assure girls' education have also provided personal renewal and growth.

In 1990 the countries of the world gathered in Thailand and proclaimed the goal of Education for All (EFA) by 2000. Ten years later, while a greater percent of children were enrolled in school, a larger number were out of school due to population increases. And so another gathering, this time in Senegal, set more realistic goals and established pledges of support for processes and funding that might help assure that at least some of the counties will achieve EFA by 2015. The G 8 have made education a major objective and the basis for achieving the seven other Millennium Development Goals. When the USA assumes the leadership of the G 8 in 2004, education will be our President's number one objective for the group. Already there are three Presidential Initiatives focused on educational needs, and up to 50% of the proposed Millennium Challenge Account can be dedicated to assistance to countries to achieve EFA.

But even these approaches are not likely to achieve Education for All for a number of reasons. High among them are the cost of the effort (an estimated additional $10-15 billion annually) and the comparatively low level of funds pledged by donors to date. Another dreadful problem is the wide spread and still growing HIV/AIDS epidemic. The epidemic decimates the revenue streams and the labor force in the countries with already low enrollments, thus cutting into the two critical supports needed to expand and provide education. In Africa alone there are 13 million AIDS orphans, and half of the teachers graduated yearly in Zambia just replace those who have died.

For the past 20 years USAID has focused on improving basic education in the developing world. While basic education is defined as pre-school through secondary and the systems and policies that support them, USAID has had a heavy focus on access to and completion of primary education, especially for girls and other deprived populations.

This focus has plays out in gains from a variety of activities in different countries, including greater private sector, religious and community involvement in both policy development and policy implementation. Management information systems to collect and report data have improved, and training on the use of that data as well as more equitable and transparent funding and spending continue. Also on the plus side are the institutionalization of more effective pedagogy, and curricula relevant to personal growth and national workforce needs; and literacy and numeracy tied to income generation schemes and maternal/child health projects. More recently, community involvement in schooling and more open and child-centered teaching practices have attracted the support of those interested in promoting democratic processes and attitudes, and they and the economic growth and development specialists are looking at the educational needs of out-of-school youth and child laborers, and especially former young combatants, to assure that they become positive forces for nation (re)building.

In 2003/2004, USAID will open education programs in 10-12 new countries. We are struggling to stretch our dollars further -only about $390 million for education staff, programs and program support in the US and more than 30 countries. Can we make a difference? I think USAID, with others, have made a difference and can continue to do so, but the work has a long way to go. Education For All is a realistic objective - not just a dream.

Education is now widely recognized as the sine qua non for economic and social development, and one of the greatest challenges facing the world. Improving individual lives through universal education, in essence, has been my career. I am proud to have played a small role in the gains that have been made, and my enthusiasm remains. I intend to remain employed in this effort for at least a few more years, and then find ways to assist others in the struggle while in retirement.