My Life in Antarctica by Rob Flint 


I was quite stunned on my 27th birthday in 1967 to add up the days and discover that I had spent almost a tenth of my entire life on the continent of Antarctica. This is how it happened: My first job out of engineering graduate school in 1963 was a fifteen month assignment to construct and maintain equipment and collect data for magnetospheric studies for a Stanford University project at Byrd Station on the high plateau of West Antarctica.

I returned to Antarctica after less than ten months in "civilization", for another full year, having been offered the position of the first scientific leader at a new small (eight men) high altitude station called Plateau in an unexplored part of the continent on the Indian Ocean side. I later wintered once again in 1974, at the geomagnetic south pole at the Soviet Station of Vostok (holds world's record cold temperature of minus 129 Fahrenheit, though my year it "only" got down to minus 122). In addition I have spent another six austral summers in Antarctica on various programs, three of which were in co-operative programs with Expéditions Polaires Françaises. Antarctica has been a large part of my adult life. 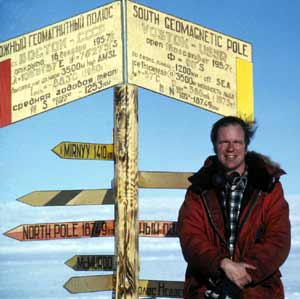 While the physical uniqueness of Antarctica is well documented - it is the highest, driest, coldest and most inaccessible continent - the human populations of Antarctica also set it off from any other place in the world. It is the one continent that has no native population. The introduction of human beings into Antarctica is very recent. The first winter-over was 1898. The first women to winter on the Antarctic continent did so when many of the Class of '62 were in first grade. These remarkable ladies, Jackie Ronne and Jenny Darlington, are still living. When we entered high school (1954), there were no continuously inhabited research stations on the continent and no one had ever wintered in the interior. My first year in Antarctica, starting in October 1963, was only the eighth year that people had ever wintered-over on the high plateau away from the coast. Women scientists and workers became part of the Antarctic scene only in the 1970's. Therefore, the shaping of the societies of the research stations and expeditions is a reality of our lifetime.

Everyone who goes to Antarctica is there temporarily. While many research stations look more and more like a permanent settlements, they are inhabited only by the employees and grantees of the governments who carry out scientific research. The sojourns of the inhabitants of the stations last only as long as their employment or grants. Everyone who goes to Antarctica (other than tourists) is screened for physical and mental health. This results in societies made up of individuals who are generally young, intelligent, curious, and uncommonly healthy. The entire focus of the work at all research stations is simply knowledge. Nowhere else on earth is there a large landmass with essentially no capital output -- some fishing and tourism are the only capital-producing enterprises. Because of the unique research opportunities, the researchers in Antarctica are generally supplied with cutting-edge technology. This results in societies in which virtually every member has contact with unusual and very modern equipment and experiments.

Getting people to sign up for Antarctic service has never been a problem. Shackleton advertised in 1914 "Men wanted for Hazardous Journey. Small wages, bitter cold, long months of complete darkness, constant danger, safe return doubtful." He was inundated with applications. Even when the Navy was supporting the United States Antarctic Research Program in the 50's and 60's, Antarctic service was considered a prestige assignment. Now that the entire American Antarctic support system is civilian, many people apply every year for Antarctic service.

When I was in McMurdo Station two years ago, the young lady who cleaned our office spaces had a science master's degree! Even the kitchen help tend to be adventurous interesting people. The problem is separating those applicants who are psychologically unfit for isolated work from those who can adapt. Shackleton kept two piles of applications: "totally mad" and "further consideration". My own original motivation probably lay somewhere between "totally mad," opportunity for a really unusual experience, and "draft deferrable job"! 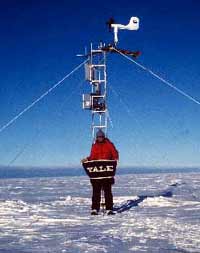 Some of my Antarctic acquaintances have had different motivations. The Soviet team with whom I wintered was partially motivated by the opportunity to get away from the Soviet Union, even if it was just to go to a Soviet station in Antarctica. Some of them signed up for a year simply for the eight hours shore leave they were given in a western port! But the Soviet polar service was a career, and many of the men were very experienced. My Soviet leader was the most capable leader of any with whom I served. While the food at Vostok Station was generally plain, holidays were spectacular: I never again expect to see dozens of kilogram-sized tins of Beluga caviar all in one place!

Continue My life in Antarctica