Yale '62 - Not Home for the Holidays - Bill Weeden

My family, is gradually becoming all-show-biz all the time. It's weird enough being a paterfamilias, but even weirder when everyone is doing auditions or rough-cut screenings or opening nights or left-coast commitments every day of the week.

Take this holiday season. I'll be playing Santa Claus in Atlantic City for the second year running while wife Dolores is on location for a part in the filming of a Stephen King horror thriller. A beauty of our life is that the excitement and commitment to our world of entertainment only helps build our appreciation of each other and family and our joy at supporting each other's efforts and looking forward to being together, even if we are 'not home for the holidays.' 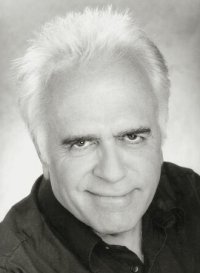 This strange and sometimes frantic set of circumstances was set into motion in 1989 when my first wife and I called it quits and I decided it was high time to start pursuing the career I'd always wanted for myself, to be an actor.

Wait. Back up a minute. It really started in 1988, when my daughter Amanda appeared on Broadway in the Lincoln Center Production of "Our Town" opposite Spalding Gray, Eric Stoltz, and William H. Macy and decided it was the acting life for her.

But hold on. It all began in 1964, when actress and single mom Dolores McDougal Schaeffer decided to put her promising career on hold and become a social worker in order to spend more time with her son Eric.

Hey, no. It began in 1991, when Eric, now all grown up, Bard-educated, bright-eyed and bushy-tailed, decided to direct a half-hour video film he'd written in order to present it as an entrance exam to film schools. He cast me as the male lead, his mom in the female lead, and my daughter as her daughter.

Oh, and then in September of 2002, Dolores (now Dolores McDougal Schaeffer Weeden) retired from social work and decided to reactivate her acting career, taking her old professional name of Dolores McDougal.

Are you following this?

If so (or even if not), skip to the present. We are now an acting dynasty. Well, not exactly, but not for want of trying.

The holiday season is when the fragmented nature of my family's lifestyle can really start to take over. We all nominally live on the Upper West Side of Manhattan. But we're so peripatetic that we scarcely get a moment to catch our breath, much less sit down together for collective R&R. We did, however, manage to squeeze in Thanksgiving dinner.

Around the dining room table in our apartment sat:


Also featured at the table was son-in-law Andrew, who studies at Columbia Law School and is so busy he hasn't even had a chance to meet Lance Liebman, much less spend any time with me. (Practicing law is clearly a form of show biz as well, so Andrew qualifies for this family, too.)

And then there was our dog Abner, who recently made his movie debut in Eric's 'Mind the Gap.'

As we prepared to eat our meal, we all found we had a lot to be thankful for, not least the fact that we were able to get together for three hours. We may not be able to spend Christmas with each other. Maybe we'll be scattered around the country at that point. But if we are, then, hey, we can always rent one of the videos we're in and watch each other on screen. That's almost like the real thing. And if the movie lasts longer than 90 minutes, we count that as a pretty long visit.

In any case, classmates, whether you are home or not, I hope your holiday season is a happy one.