In what follows I argue that our invasion of Iraq has led to significant problems for us in the Arab and Muslim world and beyond. The U.S. policy has overturned 1400 years of Iraqi history and undermined what was one of the most secular states in the Arab world. We have opened a Pandora's box of complications. There is the prospect of civil war and the break-up of the country. What we have unleashed and how we have done it are undercutting and could continue to undercut the very "war on terrorism" and democracy initiatives touted by the present administration.

The U.S. has eliminated an evil despot. But that was not the urgent rationale justifying invasion presented to the American public and the world. The U.S. Government has done serious damage to its credibility, damage that is likely to linger for years, and perhaps decades. During the Cuban missile crisis, President Kennedy sent an envoy to President DeGaulle, prepared to show him photos of Cuban installations. De Gaulle replied, "There is no need. I trust President Kennedy." It may be a long time before that is likely to happen again with many foreign leaders. 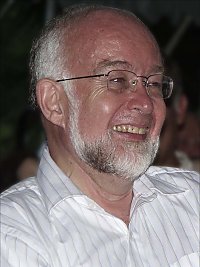 A year ago I wrote that our unilateral war was likely to "reinforce already widespread Arab and Muslim resentment against U.S. policies." Alas, polls bear this out. In Jordan and Saudi Arabia, countries with long ties of exchange with and reliance on the U.S., support for U.S. policies is down to 4 and 6% respectively. The hugely increased number of Arabs and Muslims angry at U.S. policies and actions increases the pool of potential terrorists. Our invasion of Iraq, touted as key to the "war on terrorism," ironically makes this war more, not less, difficult. Arabs and Muslims are shunning association with the U.S. government.

A State Department commissioned blue-ribbon panel led by former Assistant Secretary of State Edward Djerejian recently reviewed our standing in the Arab and Muslim world and found it abysmal. The panel recommended various public diplomacy steps, but said nothing about addressing policy, the key to the problem, since it was not given that mandate.

Now even President Bush has admitted that there was no evidence for a link between Iraq and 9/11, one of the two pillars he used to justify invasion of Iraq. His own chief weapons inspector has said the UN inspectors were right and "we were wrong. " There were no weapons of mass destruction. The President has set up a commission to look into "intelligence failures," but has largely succeeded in avoiding the far more relevant question of how "intelligence" from Iraqi exiles with an agenda to get us to invade Iraq was generated, manipulated and hyped to get us into war.

So we are now enmeshed in a war whose basis was fraudulent. The administration's focus has changed from WMD to bringing "democracy" to Iraq, and now, increasingly, handing over power to Iraqis, letting them to try to find their way out of conditions that risk civil war and the break-up of their country.

Before venturing into what may happen, it is important to focus on what has happened. In the months before the war, the State Department set up a group to plan for the reconstruction of Iraq after our conquest. It covered the gamut of problems we were likely to face. And it was ignored by those running the Defense Department. Native Arabic speakers and American Ambassadors who spoke Arabic and knew Iraq were shunted aside. Those leading the charge invaded with no plan for what we would do after "Mission Accomplished." Ever since, we have seen good people desperately trying to play catch-up ball.

A key part of the problem, in my view, has been not taking into consideration the realities of Iraq. Ambassador Bremer arrived in Iraq with clear instructions from Washington that he was to abolish the Iraqi army and the Baath party. What those in Washington who made this decision ignored was that the army and the many technocrats who became party members to survive were the core of secular society in Iraq. Of course Saddam and his henchmen were bad. But most in the army were not true believers. This is why Saddam never relied on the army and set up the separate Republican Guards. In disbanding the 400,000-man army, we shamed a proud group, put them out of work and left a power vacuum, with disastrous consequences. In doing the same with the Baath party, we dismissed tens of thousands of professionals at the core of secular society. This is not trivial and is at the center of the problems we face today.

Saddam was odious. His regime was odious. That said, the Baath party was truly secular. It had to be because it was founded by a Christian and a Muslim. A core principle was "we don't do religion." A very, very good idea. Another core principle was Arab Nationalism. For many in Washington this is a dirty word, because Arab Nationalists have been very critical of Israel's occupation of Arab/Palestinian land. That said, the Iraq government position on Israel and the Palestinians was that Iraq would accept any settlement with Israel that the Palestinians accepted. The other parts of Arab nationalism are important, in that their focus was on creating Arab states, not theocracies or ones based on one religious faction or another.

What do we have now? Almost from the beginning the Coalition Provisional Authority has talked in terms of religious/ethnic groups - Sunni, Shia, Kurd, Christian, Turkoman. In doing this, it is undermining 80 years of work by Iraqis to have a "national" dialogue that goes beyond these labels. We have opened Pandora's box and may have unwittingly let loose forces that could lead to another Lebanon.

In February the dispatch of former Algerian Foreign Minister Lakhdar Brahimi to Iraq on a UN mission was hailed as a positive step. The sad part is that this came about only because the present administration ran out of other options, not because of any great enthusiasm for the UN. Brahimi wrote an excellent report from his first mission, but his observations, for the understated diplomat, were stark. He said, "Given more than three decades of despotic rule without the basic elements of the rule of law, a ruined economy, a devastated country, the collapse of state institutions, the low level of political will for reconciliation and distrust among some Iraqis, conditions in Iraq are daunting." As of mid-March, the possibility of a UN role and another Brahimi mission were unclear. The Washington Post reported that key Shiite members of the Iraqi Governing Council continued to oppose a UN return, and the U.S. rushed a senior White House official to Iraq try to "salvage the latest bid to form a government."

If the fragile agreement on a temporary constitution that involves political compromise between the various ethnic/religious holds, it will be a hopeful sign after a long series of setbacks for U.S. efforts in Iraq. While much of the U.S. focus has been on constitution writing, many Iraqis see most of the members of the U.S. appointed Governing Council who drafted the document as outsiders, exiles with little understanding of present Iraq. Ayatollah Sistani widely deferred to as the leader of most Iraqi Shia, continues to refuse to meet with American officials or engage directly in this process. Iraqis know their history, which includes the British helping feudal tribal leaders write an "Iraqi Constitution" designed to preserve British influence and British bases. Americans view "the Constitution" as a sacred text. Iraqis have different memories.

The political discussions take place in the next few months are likely to take place against a backdrop of continued violence. Iraqis want security and basic services. With the army disbanded, the number of trained Iraqi security forces is still woefully inadequate and the U.S. is unlikely to engage its forces in the kind of operations that would ensure security for Iraqis. The Washington Post reports that the US commander admits that Iraqi security forces still lack adequate equipment and training and have yet to establish a chain of senior officers linking troops in the field with a higher headquarters. The large security hole caused by disbanding Iraq's army has yet to be filled.

When I was in Iraq, from 1986-1988, at the height of the Iran-Iraq war, 60-70% of the Iraqis fighting the Iranians were Iraqi Shia. Asked to chose between Iran, the country of their religious affiliation, and Iraq, their homeland, they chose Iraq. Now, while there are divisions within Iraqi Shia, most seem to support Ayatolah Sistani, an Iranian-born cleric who still speaks Arabic with a heavy accent. Ahmed Chelabi, the Iraqi Shia exile who has been the darling of the neo-cons, has made no secret of his many visits to Iran and good relations with Iranian leaders. As for the bogus intelligence he passed to the US, he now says that he is willing to "take the fall" for this, since it accomplished the far more important task of getting us to invade Iraq.

So where does this leave us? We have engaged the lives and "sacred honor" of the U.S. in a tainted war. If we are lucky, Iraq will not break up (even though a prominent member of the Council on Foreign Relations has argued that this would be a good thing). By our invasion, we have overturned 1400 years of Sunni rule in Iraq. In some ways this has taken Iraq back to that fateful battle in 680 when the Sunnis defeated and killed the leader of the Shia, Hussain, the son of Prophet Muhammad's nephew, Ali. Shia lament this defeat to this day, as witnessed by the recent Ashura celebrations, in which Shia flagellate themselves.

We are talking about very powerful emotions here. The U.S., largely unthinkingly, has released them. If we had had a plan to promote a secular Iraq, to build on Iraq's middle class and its technocrats, rather than disenfranchising them, we would be in a much better position today. But we did not, and we have not. The United States, the Iraqis, and the entire region, are likely to suffer the consequences.

Even if these worst-case scenarios do not take place, our invasion of Iraq has already hurt us badly in the Arab world, where opposition to our invasion is almost universal. Arabs did not see Saddam as a threat. They deeply resent our invasion, which many see as an "anti-Muslim" crusade. The false premises for the war, lack of services, violence and suffering in Iraq over the past year of U.S. occupation all call into question our credibility in Arab eyes. Arab mistrust of Washington makes it unlikely that the Arab world will embrace grand American initiatives, such President Bush's November call for democracy and other reforms in the Arab world, however justified.

Contemplating the prospects in Iraq, what one reads about the country coming from Washington can appear surreal. On the day car bombs killed hundreds in Kerbala during the Ashura remembrance, the Washington Post reported that the Pentagon had released an "Iraq Fact of the Day" announcing "thousands of children throughout Iraq will soon be able to participate in an Iraqi Boy Scout and Girl Scout program."

A great number of dedicated Americans are doing their best in Iraq. The problem is not with their efforts, but with the mess the Bush administration has gotten us into. Iraq may somehow avoid chaos and wind up in a better place. This is devoutly to be wished. Unfortunately, what we have destroyed is not easily reconstructed and what we have unleashed will be hard to contain. 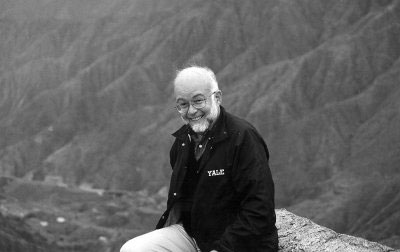 Steve Buck's photo was taken in 1998 on a mountain top in Azir province in Saudi Arabia, which Steve points out is where many of the 9/11 highjacker terrorists came from.

Go to the Message Board: what's your view?